Two thirds of the way through a year that so far has featured pandemic, murder hornets, social unrest, economic contraction, a surge in polar ice melt, and a surge in plastic pollution, we probably aren't surprised by a report in The Times of London that baboons at Knowsley Safari Park are attacking vehicles with knives, screwdrivers, and even a chainsaw. It's only September, so one can only wonder what to look forward to this fall.

Looking forward to fall, we consider the latest developments in the budget and the pandemic. These items will be on tomorrow's agenda, and please note that tomorrow, the chapter meeting starts early, at 11:30 am.

Meanwhile, the pandemic in Florida has calmed down to a level approximating that of June, although experts are warning that it could come back if we aren't careful. We are conducting a survey of faculty attitudes concerning job conditions at USF during the pandemic. If you are a USF employee and have not filled in the short survey, please do so. Last week, AAAS Science ran a special issue on Democracy in the balance, and the introduction began with: "Around the world, democracy is losing ground. Polarization and disinformation have rendered liberals and conservatives unable to agree on basic facts. State violence and suppression of citizens' rights are resurgent. Free and fair elections are being threatened." The accompanying graphic,

bears the caption, The ballot box remains a cherished feature of democracy and a powerful tool across the globe, but the pathways to it are riddled with obstacles. To overcome them requires us to understand them. The USF Library subscribes to Science, and we invite readers to check out this issue. With that in mind, we remind readers of the following deadlines for the State of Florida: For more information, visit the Florida Division of Elections. Remember that principle of Roman law, qui tacet consentire videtur, he who is silent is taken to consent. If you do not vote, you in effect go along with the outcome.

Chapter Meeting Tomorrow on USF Tampa starting at 11:30 on Zoom

The USF Chapter of the United Faculty of Florida will meet tomorrow Friday at 11:30 am on Zoom. On the agenda: USF's financial situation, the recruiting campaign, the upcoming UFF Senate meeting, and more. And here are the minutes of the previous meeting.

Any employee in the Bargaining Unit may attend, but you must have an invitation: contact the Chapter Secretary. We will meet on alternate Fridays at noon over Zoom. Meetings and events are posted on the Events Calendar of the UFF USF Website. Come and check us out.

Benefits of membership include the right to run and vote in UFF chapter and statewide elections; representation in grievances (UFF cannot represent a non-member in a grievance or litigation); special deals in insurance, travel, legal advice, and other packages provided by our affiliates; free insurance coverage for job-related liability; and the knowledge you are supporting education in Florida. Here is the membership form. Come and join the movement.

As reported in the 27 August 2020 Biweekly, Florida anticipates a 3 % revenue shortfall over the next two years, so many government and public agencies are preparing for cuts. About two weeks ago, the USF Administration submitted a list of $ 36.7 million in cuts for this year to the State University System Board of Governors. This list reportedly included $ 16.3 million in cuts to instruction, $ 6.09 million in cuts to academic support (including advising), and $ 4.26 million in cuts to research.

For comparison, the Florida State Auditor-General reports that during the fiscal year 2018 - 2019, USF's operating expenses were $ 1.48 billion, and revenue was $ 1.49 billion, so this proposed cut is in the neighborhood of 2 %. Of course, the pandemic is affecting other revenue streams to the university.

Many colleges and universities across the nation have responded to pandemic-induced budgetary crises with layoffs and furloughs, so one question is how USF will respond. Employees not represented by a union are subject to whatever the USF Board of Trustees decides to do, but employees represented by any of the four unions on campus are protected by their contracts.

In particular, employees within the UFF USF Bargaining Unit are covered by the UFF USF Collective Bargaining Agreement, which does not empower the USF Board of Trustees (or their agent, the USF Administration) to furlough employees. Section 13.4 addresses layoffs, and says, "When a layoff is to occur as a result of adverse financial circumstances ... the University shall notify the local UFF Chapter ... no less than thirty (30) days prior to taking such action." Action consists of sending a layoff notice by certified mail or by hand delivery, and "where circumstances permit," employees "should" receive at least six months' notice; employees who have been at USF for at least three years continuously "should" receive at least a year's notice.

Finally, there are provisions for recall should the financial situation ease. For example, the federal government could start living up to its responsibilities. Or the state government could follow Sadaf Knight's proposal that the shortfall be made up by tax reform. This is election season, and one can always ask candidates about these two options.

This is the third week of classes, and following the Florida COVID-19 Cases by Day chart on the USF Library's Covid 19 Hub, we can see that the number of daily cases has gone down since mid-July to the early June level. As reported on the USF Cases page, there have been 37 cases at USF this month as of Tuesday, or an average of over 4.5 a day.

Experts have been worrying about a spike this month. If there is a spike, the director of the National Institute of Allergy and Infectious Diseases, Anthony Fauci, told NBC News on the Today Show that students should not be sent home: "When you send them home, particularly when you're dealing with a university where people come from multiple different locations, you could be seeding the different places with infection." This counsel was supported by the Coronavirus Response Coordinator for the White House Coronavirus Task Force, Deborah Birx, who said, "Sending these individuals back home in their asymptomatic state to spread the virus in their hometown or among their vulnerable households could really re-create what we experienced over the June time frame in the South."

Unfortunately, trust is becoming an issue. While Wired Magazine contends that public trust in scientific institutions is still strong, recent announcements by the FDA have generated concerns about the reliability of the agency. Meanwhile, Inside Higher Ed warned that students might become similarly anxious about their own institutions: "When it feels like these decisions are made in a chaotic way, when they seem to come as a result of public pressure, that’s when I think people start to lose faith in the institution and the decision-making process." A few institutions are blaming their students although the University of Alabama's Dean of Medicine tartly said, "...do not blame students for your inability to do what you need to do — which is drive down cases."

A transparent decision-making process is critical to maintaining trust.

The United Faculty of Florida is one of four unions at USF; the two chapters of the UFF here are the USF Chapter, representing faculty, and USF-Graduate Assistants United, representing graduate assistants. Both chapters are part of the United Faculty of Florida, a "union local" of the Florida Education Association (FEA), which represents K-20 teachers statewide and has over 140,000 members. 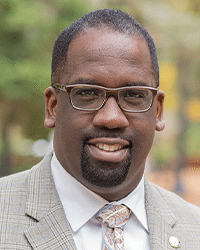 Fed Ingam was elected President of the FEA at the FEA Delegate Assembly in 2018 (the Delegate Assembly meets every October and USF is represented by its delegates). He has just been elected Secretary-Treasurer of one of our national affiliates, the American Federation of Teachers. In his farewell message to FEA members, he wrote, "Whenever a Florida student needs help, whenever Florida families need a voice, whenever Florida communities need an advocate for safe, quality public schools … members of the FEA will be on the front lines, fighting for justice." 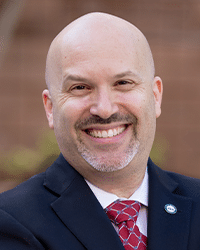 He is succeeded by FEA Vice President Andrew Spar, who wrote a message to FEA members, which concluded with, "During these difficult times, I’ve been incredibly proud to see FEA members step up to every challenge. FEA members put students and families first and get the job done because you care about our kids, our community and the future of our country. Thanks for all you do for our schools and communities."

Catching up with our tradition of reminding faculty that the students are not getting younger, we are getting older, the Marist Mindset List for the Class of 2024 is finally out, and Inside Higher Ed says that the list is getting more serious under its new management. There are only ten items, and instead of focusing on what students experienced (or didn't experience) in the past, it predicts what they will experience in the future, beginning with Emerging artists and designers in the Class of 2024 will explore race relations beyond Black Lives Matter into a deeper understanding of how Whiteness has shaped bias and influence in contemporary American culture and ending with Incoming students have never been more ready to embrace social distance by using technology to fill the distance gap. They are always looking for the newest upgrade. Still, the tradition of sweeping generalizations continues.

Chapter Meeting tomorrow Friday, September 11, at 11:30 am, via Zoom. All UFF USF members are welcome: for the Zoom link, contact the Chapter Secretary.