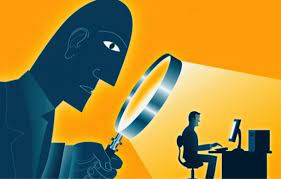 Last year, the Legislature passed a bill on Postsecondary Education that, among other things, “requires State Board of Education to conduct annual assessment on intellectual freedom & viewpoint diversity.” The United Florida of Florida was concerned about this bill (including the survey and how it would be used) and filed a lawsuit and requested an injunction to stop the survey. Unfortunately, the district court denied UFF’s motion, and the survey will distributed on Monday.

By now, you should have received a message from USF Messaging stating that the survey come out via email on Monday from MyUSF, that it will take 5-10 minutes to complete, that participation is voluntary, that it is anonymous, that the survey should not be shared with anyone else (a very interesting instruction), and that questions about the survey could be directed to the body conducting the survey, the Florida Board of Governors. In response, the chapter presidents of the United Faculty of Florida are sending the following letter to all higher education faculty in Florida.

As you may have heard, our institution will be distributing an ideological viewpoint survey on Monday, April 4, which requests that all faculty, staff, and students respond and share not only their own political and religious viewpoints but what they perceive to be the viewpoints of their friends, colleagues, and classmates.

The United Faculty of Florida encourages all higher education faculty, staff, and students to ignore the voluntary “Viewpoint Discrimination” survey for the following reasons:

For these reasons and more, UFF discourages participation in the survey, and we encourage you and all members of the Florida higher education system to join our fight to protect the freedoms of the faculty, staff, and students who make our campuses such wonderful places to live, learn, and grow.

UFF, your faculty union, has been fighting this law since it was first proposed. Now our fight is in federal court, and one of our main concerns has been that by its very nature this survey is an infringement upon the basic rights of all Floridians to freedom of speech, freedom of association, and the basic right to privacy, regardless of a person’s background or political persuasion and without intimidation from the political party currently in power. Join us! We are stronger together.

This survey will be on the agenda at Friday’s chapter meeting, starting at 11:30, location and medium to be announced in Thursday’s Biweekly. Meanwhile, if you are interested in joining UFF, here is the membership form.