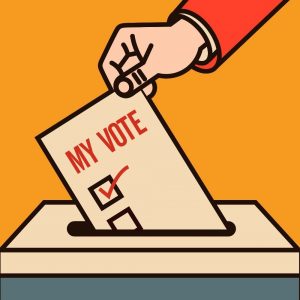 Two major bills going through the Florida Legislature this session are being represented as both harmless and reasonable. Senate Bill 78 would require that any public employee who is a member of a union and who pays union dues via paycheck deduction confirm the deduction every time a new contract is ratified (typically, every three years). Senator Bill Baxley of Ocala said, “To me, it’s a very simple idea that you make sure (deductions are) legit, instead of someone from the union telling you to take this money out of all these people’s paycheck,” and a lobbyist for the Florida Chamber of Commerce said that the bill was “good governance.” And after all, if the union member desires to continue to pay dues by paycheck deduction, it is simply a matter of filling out a form every three years or so. No real harm, no?

Similarly, Senate Bill 90 would require that any eligible voter who had signed up to vote by mail must submit another vote-by-mail request in order to vote by mail in 2022. As Senator Baxley observed, “It’s not that big of a change,” and after all, by getting voters to resubmit forms, they might think about the election and, “It may invigorate participation.”

One of the burdens of modern life is the vast number of forms to fill out, and the burden on, say, small business is a longstanding and bipartisan concern. The complaint is that paperwork in itself can discourage participation – and that regulatory paperwork should be organized to minimize the burden of merely filling it out.

The burden can be deliberate. Turning to the private sector, Consumer Reports observes that businesses have long wielded forms (and other forms of gatekeeping) as defensive or even offensive weapons, and it’s not anything new. And number of governments – the former Communist Bloc comes to mind – have used and some still use red tape to discourage citizen participation in spheres that politicians and VIPs would prefer to monopolize.

A new (and therefore controversial) paradigm in economics provides a description of what is happening. In behavioral economics, people make decisions using different neural processes, some more expensive to use than others. Thinking carefully and rationally – the way Aristotle said we are supposed to think – is a conscious and expensive process, and most of us use rely on autopilots to walk (imagine trying to get each of the muscles involved to move individually), talk (that’s why we often talk without thinking -and then, oops) or even decide what house to buy. The bottom line is that at any time, our cognitive resources are limited, and there are many demands on them.

And that brings us back to these two harmless bills. The public health lesson we learned (or should of learned) from the Victorian era – that what matters is what people actually do, not what experts think that they should do – applies here. If Senate Bill 78 passes, will unions get all the paperwork in? And will their public employers confirm them? If something goes wrong, will lawsuits fill the air? And if the Florida Chamber of Commerce thinks that this is good governance, how about requiring that every employee periodically confirm their health insurance?

And while legislators consider the offensive capabilities of red tape, some Floridians are dying of COVID-19 while others are out of work and some are facing bankruptcy or foreclosure – and a sideways glance at Texas reminds us (once again!) the cost of not preparing adequately for natural disasters. Perhaps legislators should think more carefully about their priorities.