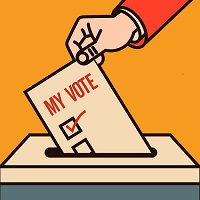 The UFF USF Election Committee counted the ballots on March 21st, and here are the candidates elected:

Thanks go to all those who chose to run for office! Your service is very much appreciated.
image credit