The Contract on Salaries 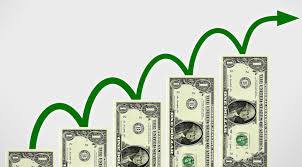 Historically, the union and the USF Administration bargain four types of raises:

Over the years, the union has gradually built up the promotional raises – most notably, winning promotional raises for instructors – and the Administration has always insisted on its Discretion. In the last round of bargaining, for the 2016 – 2019 contract, the union proposed Raises Proportional to Salary, and warned that Merit Raises Proportional to Annual Evaluations might result in lower percentage raises to highly paid faculty. But the Board's Bargaining Team argued for a merit system that would have been even more unkind to many highly paid faculty (!), so we compromised on the traditional Merit Raises Proportional to Annual Evaluations.

The contract provided for Merit Pay Raises for 2016, 2017, and 2018, averaging 3 %, 2 %, and 2 %, respectively. ("Average" means that some get more, some get less, it averages out to that much overall.) In addition, the USF Administration had the authority to award Administrative Discretionary Increases up to an average of 1 %, 1 %, and 1 %, respectively. In theory, the average salary increase over those three years (compounded annually!) would be between 7.16 % and 10.33 %, depending on how much discretionary money the Administration decided to hand out.

(The 7.16 % and 10.33 % did not include promotional raises, so we would expect the actual averages to be noticeably higher.) To read more about salaries at USF click here.